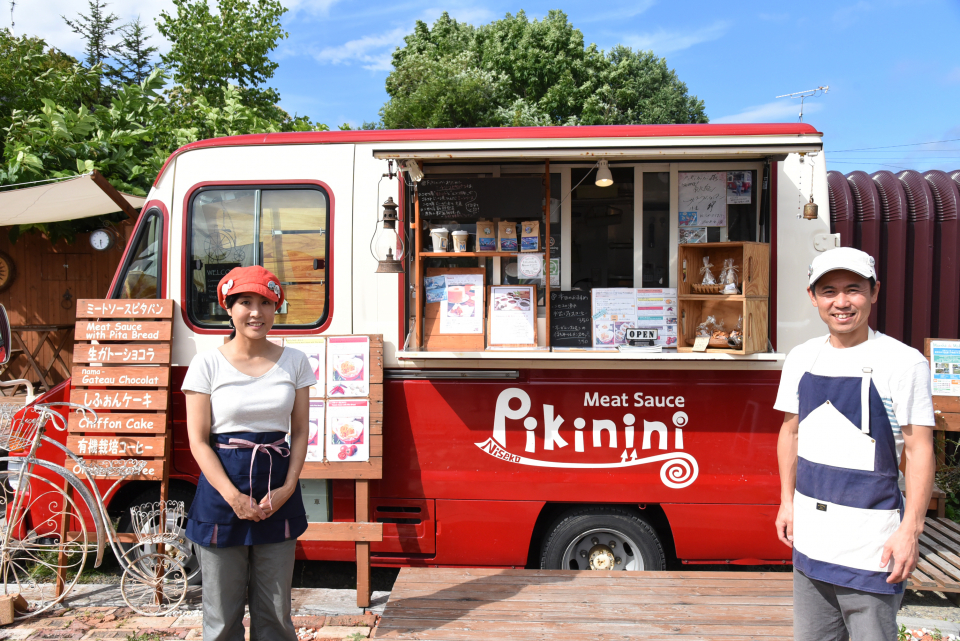 If you have visited Niseko Town, you may have seen a mobile sales car with a picture of a cute child drawn along the Kirara Road. It is a food truck Pikinini (Pikinini) that provides additive-free food that is particular about local production. We asked Mr. Miki Ohashi, who runs this Pikinini, and Mr. Rie about the feelings and immigration that I put in the shops of Pikinini.

The name of the store Pikinini (Pikinini) means "child" in the language of Papua New Guinea.It is said that the store name was put with the thought that we want to leave the wonderful earth and natural environment to the children who bear the future. Kotaka is from Otaru City and loves sports in general. I stayed in Papua New Guinea as a JICA Overseas Cooperation Volunteer for teaching sports. On the other hand, his wife, Rie, is from Takaoka City, Toyama Prefecture, and loves music. He also taught violins in Ecuador as a Japan Overseas Cooperation Volunteer. After the two-year term of the JOCV, and after the two were married, I experienced work and parenting in Papua New Guinea.

As Ms. Kokichi and Rie touch on the lives of the people of Papua New Guinea, they saw people who are always smiling and happy even though they are not as blessed as economically developed countries. While interacting with such people, I felt that eating was the most important thing for me to live, and I became interested. Also, by eating delicious food, I came to think that human beings feel happy. Therefore, Pikinini was opened in Niseko Town in October 2015 with the wish that "I want you to have something delicious and kind to your body" so that Japanese people can be more smiling and happy. .

There are some feelings in Pikinini. I will introduce some of them. 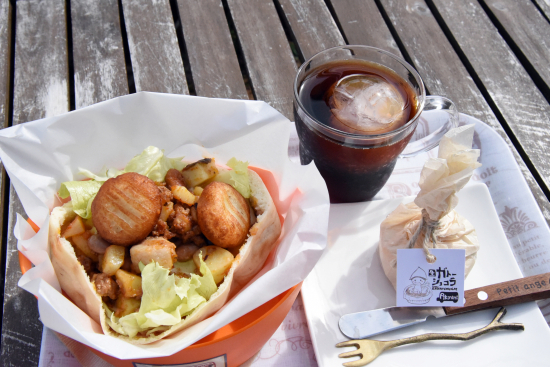 1. Being local production for local consumption
We think it is more natural to eat local ingredients and use ingredients from Niseko or as close as possible.

2. An effort to no additive
From the experience of eating a food that does not take the additive, the one that we give to the customer does not use the additive as well.
3. Pursuit of taste
I make it one by one so that people who eat can eat delicious things and feel happy.

4. Make environmental consideration a standard
In order to control the discharge of waste, we discount ¥ 20 from drinks for people who used Pikinini mugs, and those who brought My Bottles and My Cups.

The commitment to environmental friendliness in 4. is an initiative that you want to promote as many as the environmental model city Niseko Town and spread it to many shops. (I also forgot to bring my bottle, my cup but ...)

And after all, it's delicious with a feeling of 3. When I'm tired from work, or when I'm depressed, eating Pikinini's pita bread makes me feel like energy comes from the core of my body.

Interview with Mr. Ohashi and his wife

Please tell me the chance and circumstances of being moved to here.

Ms. Kotaka has always been looking forward to skiing in Niseko as a family since childhood, and since that time she likes Niseko, and since she was an adult, she has a view of Mt. Yotei, a wonderful natural environment, clear air, water I felt that I was attracted to delicious agricultural products, hot springs, and various people from all over the world. After staying in Papua New Guinea for work for three years after marriage, I decided to live in the Niseko region when I returned.
Therefore, after returning home, while I was in Otaru where Mr. Kotaka's home was for about half a year, I searched for a home to live in the Niseko area. Luckily, I found one house along the Kira Highway, and in April 2015, I moved with four family members.

Did you feel uneasy before migration?

At the time of migration, two children were 4 and 8 years old. Because of that, it seems that I was worried about the educational aspect of children. As I grew up in the future, when I wanted to learn something from a child, I was worried that I could get hope in a small municipality like Niseko. In addition, Niseko Town has no acquaintances at all, so I did not feel that I felt uneasy, but I felt that I wanted to migrate.

How was the support of the local government since you moved?

In Niseko Town, support for child-raising, such as medical expenses free for children up to 18 years old, seems to be very helpful. As there are parks and a rich natural environment, two children are satisfied, and more and more mothers have started learning lessons in recent years, and the lower children seem to be busy.

Kotaka, who was originally from Otaru City, intended to know the amount of snow in Niseko Town, but she was still surprised by the amount of snow that falls every day. "I know in a short stay, I think that moving my living base completely to Niseko town and living is different." "Because the sunshine time in winter is short and snow falls on a daily basis, especially on the psychological side I feel a sense of obstruction. "

Have you been surprised or unexpected when you moved?

Many people said, "What can you do?" When you were making a cafe space by yourself along the Kira Highway. "At first, I could see it with strange eyes, but there are also times when children are attending school and there are exchanges through children, so now there are many friends and I do not feel a sense of alienation "
"As a season, it is very nice to live in summer. It is cold in winter and hard to snow. I like skiing and moved to Niseko, but I was too busy to think that I could not afford to ski. is."

What kind of dream do you have in the future? 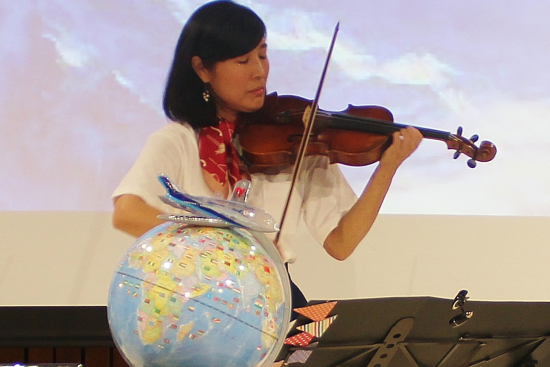 Kimitaka wants to contribute to the future of children through music and Rie through music. Ms. Kokumi teaches the importance of food through Pikinini communication. Mr. Rie has held a concert twice a year in the Niseko Central Warehouse Group for adults and children alike. More than 100 people attend the Pikinini concert each time. There was an increase in the number of performers and co-workers, and a very warm atmosphere was flowing in the venue for the 5th "Delightful Pikinini Afternoon Tea Trip Concert" held on June 23, 2019. 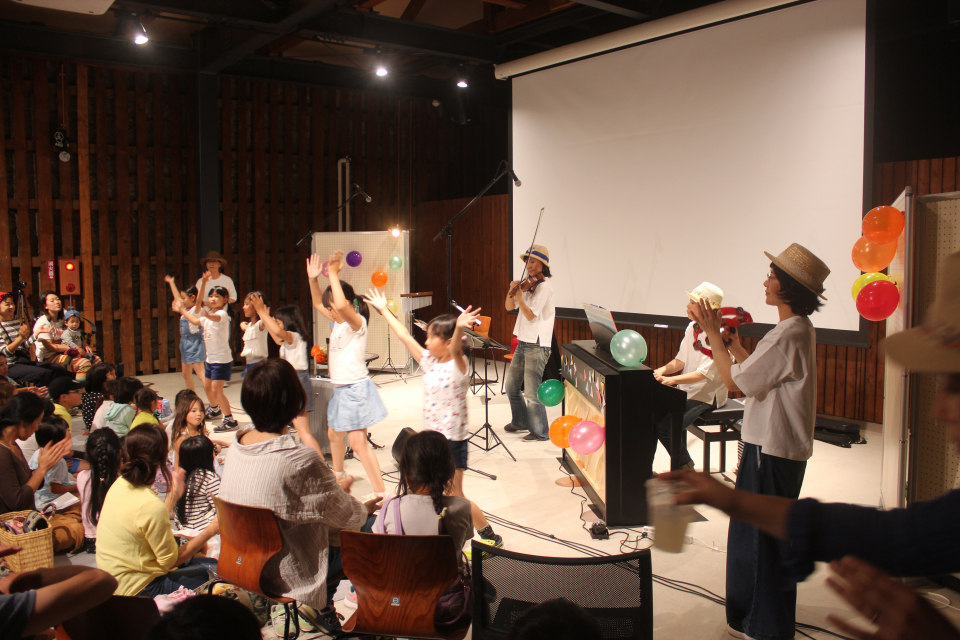 Finally, would you advise someone who is planning to emigrate?

"Because I wanted to live in Niseko and I wanted to do business independently, I started Pikinini." I thought about setting up a shop, but Niseko is a town with a large population. Because they are not, they use mobile sales vehicles so that they can go out to where they are.
In addition to work on mobile sales vehicles, Ms. Kotaka is a ski instructor in winter, and Rie's work on violin performances, taking advantage of their special skills.
From now on, to those who are thinking of migration, "I think that activities and activities to gain trust in the community will make friends and acquaintances, and make it a pleasant place to live." It was 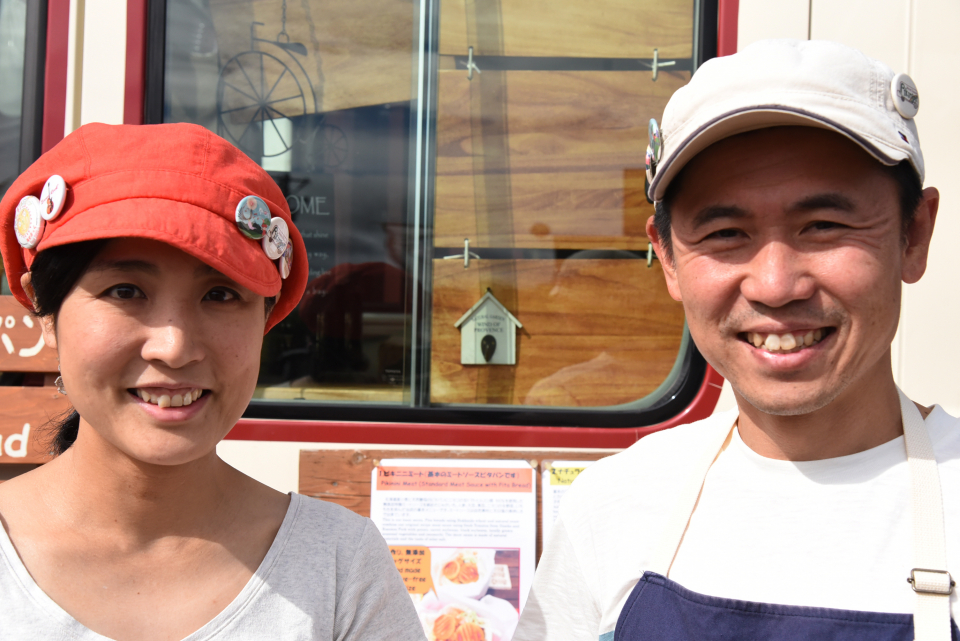