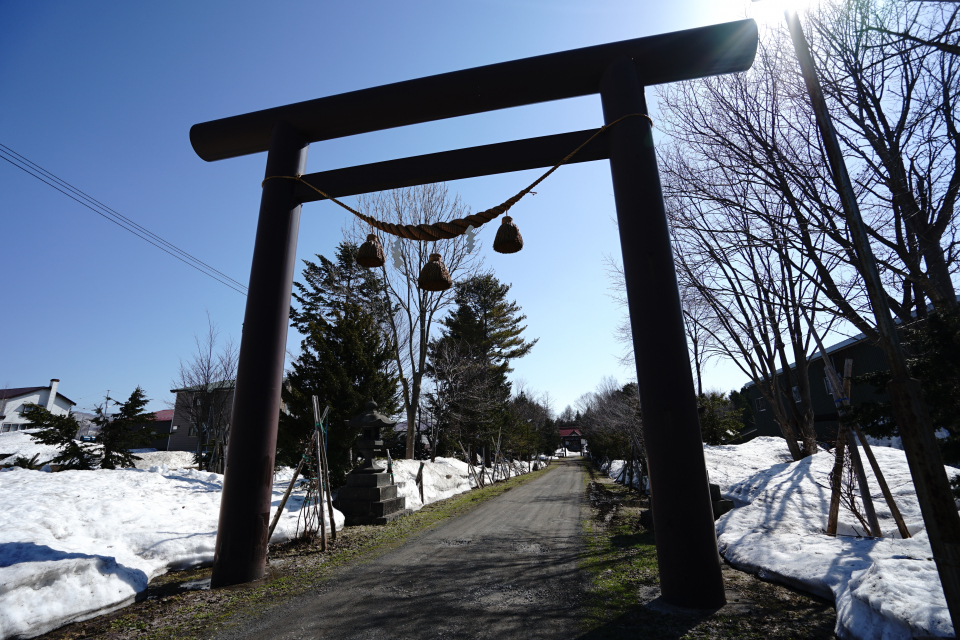 Niseko Town Tucked in a "KariFutoshi shrine". April is still in the middle, but there is still snow left. As you walk through the torii gate and listen to the birdsong, the approach to the shrine is unexpectedly long, and you will soon see the shrine.
Making is frugal. When you are in the precinct, you forget the image of the Niseko area such as inbound and condo, and notice that gorgeousness and traditional something are fused together. When I beat the company office, Akihiko Tamaki who is a priest accepted him warmly.

Shinto priests are also immigrants. His career is interesting. Saitama was born, but due to the work of his father he repeated five times relocation with Hyogo, Tokyo, Mexico, Bahrain etc. In high school days he has studied abroad in Shizuoka, Canada. After that, even if I enter Tokyo Keizai University, I will travel around about 40 countries.
From that time, she became interested in Shinto, the foundation of Japanese culture, and re-entered Kokugakuin University, gaining the priesthood qualification while studying comparative religion. After that, he served as a priest at Meiji Shrine for 10 years, and suddenly decided to move to Niseko Town. What was the deciding factor for immigration?

"A piece of photograph was the trigger"

It seems that he had worked for 10 years in Meiji Shrine. He spent most of his thirties in his career and was severe, but he had various experiences accumulated through Shinmei service. I got a fulfilling time and learning while getting my duty of busy work.
However, in the huge and traditional-oriented organization called Meiji Shrine, it is very difficult to "protect" and to tackle new things at the same time. "Everything in the world is changing all the time." With his own stance of changing how it should change, the days when I asked myself to ask "what is defending" continued. A piece of picture jumped in front of me like that. "Mt. Yotei" rising in the ground where lush pasture spreads.

"What is true richness"

"It's often said that you came to Niseko Town to take over the shrine," says Tamaki. In general, it is often the case that a thorough investigation of a resettlement will be made first, and the "occupation" of the resettlement will be given top priority anyway. But Tamaki doesn't seem to be so.
"The chance was really a piece of photograph - if you asked why you were immigrated, there was a feeling that you could be afflicted with Niseko, there is only the feeling that you feel like being called."
However, there was a hint. Friends and others who went to Niseko a few years ago, had heard that "Niseko is hot now". When I heard the story again that "people are gathering from Niseko from all over the world and it is becoming really interesting" now, "I thought that this only has to emigrate already" , He speaks frankly. Again, this is not a relocation, not a career change, it is immigration.
"Indeed, trying immigration, how is it, is not inconvenience?" "It is certainly convenient to live in Tokyo, but it seems that crowded trains and nuclear plants in Fukushima are exploding and they are waiting at home, just watching the people commuting to the station, I thought it was abnormal. "
"In the countryside, there are certainly hospitals, shopping, public transportation, etc. There are inconveniences, but I live by drawing in spring water.I live in Tokyo spring by spring water If it says that it is, it will be envious anymore. "
"The point is, I think what that person chooses.What will you give priority to the richness of life? In Tokyo, whether there is money is likely to be ranked first in the order of priority But there are really a lot of value standards for richness, there is freedom in Niseko to choose that. " 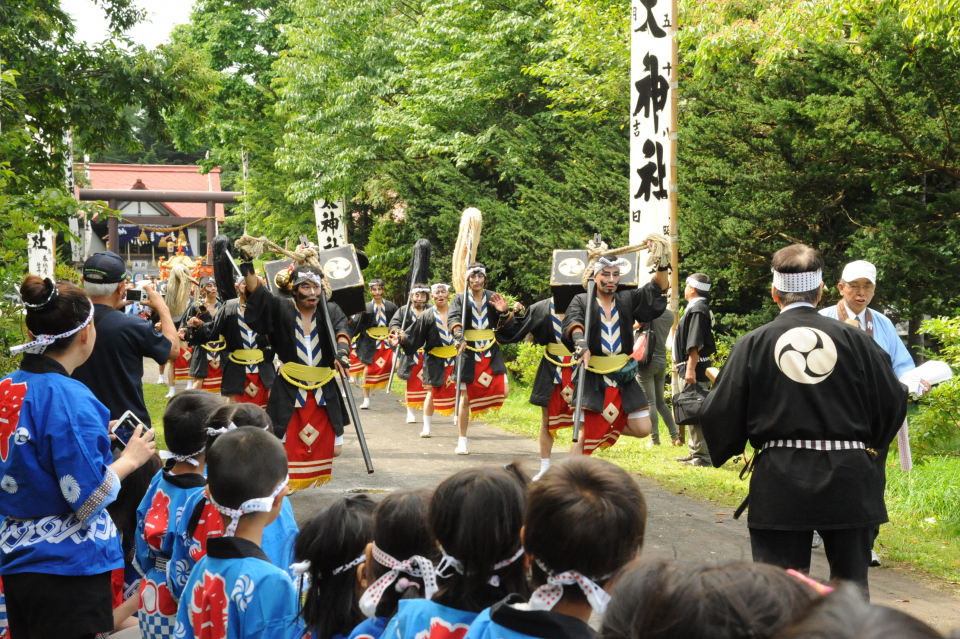 "What can I do with Niseko?" 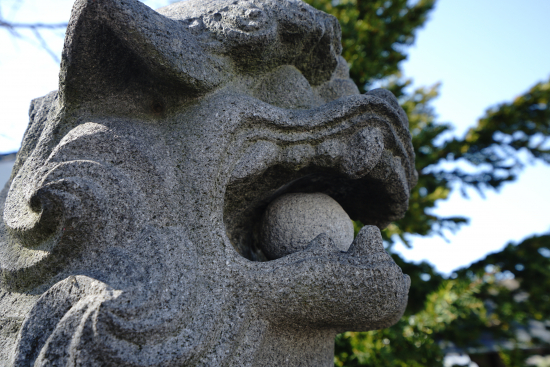 As a matter of fact, Mr. Tamaki has worked at a soba restaurant called Yoteian, and also worked as a front desk for a hotel called Green Leaf (Niseko Village), and managed a lodge.
"I tried whatever I could do to know the land." After that, besides various work, I visited the former prime minister and started to help the shrine.
About half a year ago, I heard that there was a story about the successor of the shrine from the elderly prince.
"At first I decided to refuse, I can not do it for quite some time doing it, I will not be able to stop it, I will continue to develop the pioneer's thoughts, the shrine is 100 years 200 years and beyond Based on that, we must inherit "its heart and place". To take over the shrine so much is difficult, not easy. I need preparedness. "

"It is the best town to create something"

Nevertheless, he decided to go to Niseko because he thought, "This city has the gravitation to attract something." There are examples of emigrating, disagreeing, and returning. "It's because there's no one in the town that can communicate. But there are farmers, some people in the city doing business, some people from different countries. There's nothing special about it, it's just normal, and it's very natural that Niseko Town accepts.In this way, people in Niseko Town are pluralistic, so even if you come from the city, you will not have trouble communicating Absent.
「There is a mix culture that accepts any kind of communication. "I think that is the most important factor in creating something new."

"The lifestyle here is cutting-edge" 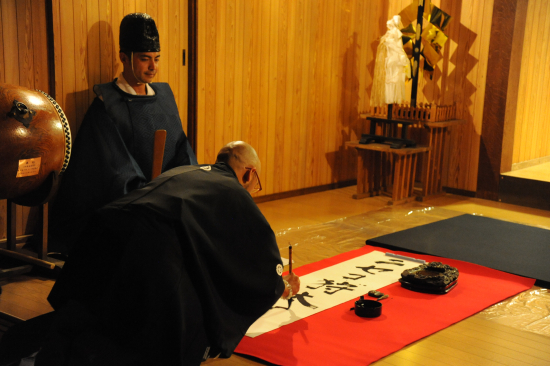 It is wonderful if you run a car for ten minutes from home. "For example, I will go out early in the morning, climb Annupuri, worship the morning sun at the summit, return to the shrine at 8:30 am There is a lifestyle that lives naturally with nature nearby . "
Tamaki also mentions the open temperament in Niseko Town. "If you want to meet the mayor, you can always meet. You can always tell what you want to say. There is nothing so great." Mr. Tamaki has a unique wording for the town of town development, Niseko Town, divided by two by adding Penguin Village and SimCity (an old-fashioned town development game), but the point is that it has a different culture It means that people can freely talk on open soil and take part in building the town, or they can build it on their own.
"Then, I think that work is not a problem in emigration, but I think that it is more interesting to make it by myself than to be employed.With work, a community, living in spring water, eating delicious vegetables I will participate in town planning, I think the lifestyle here is a cutting edge, in a sense, there are not so many towns with such attractive elements. " 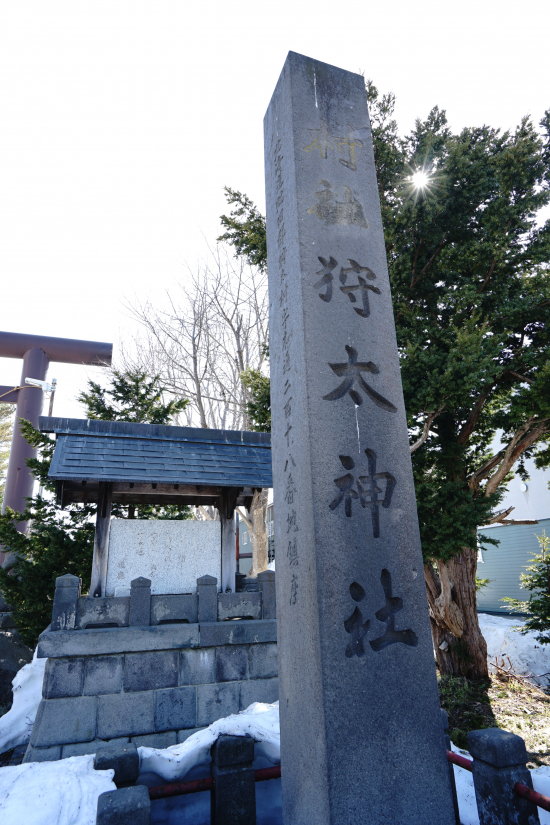 How does Tamaki want to keep this shrine in the future?
"The shrine is really supposed to be packed with childhood memories, when you were a child, you fought with him, when you were making a noise, the gods were angry, you walked hand in hand with that child, . It certainly is. Reporters also had memories that they played in the precincts in early childhood, and in retrospect, it may have been a community.
"But what is the current situation? This shrine is not in such a place now." "I hope more people gather, share memories and experiences, and where the generations overlap each other from grandpa to young people, Chibi."
Mr. Tamaki has various ideas after making maximum use of the connection between people and people who have nurtured so far.
For example, a shrine held in a precious gods wedding dressed in white dress in one side snow scene, a cafe in the precinct where the visitors talk, Niseko's unique workshop holding a shrine, a snow park where children can gather Creation, etc., etc. I do not know how much I can realize, but Tamaoki Koji laughs and talks.
Still, I'd like to make this "place of rest" for people in this town. If locals gather, is not it a destination as a tourist destination? 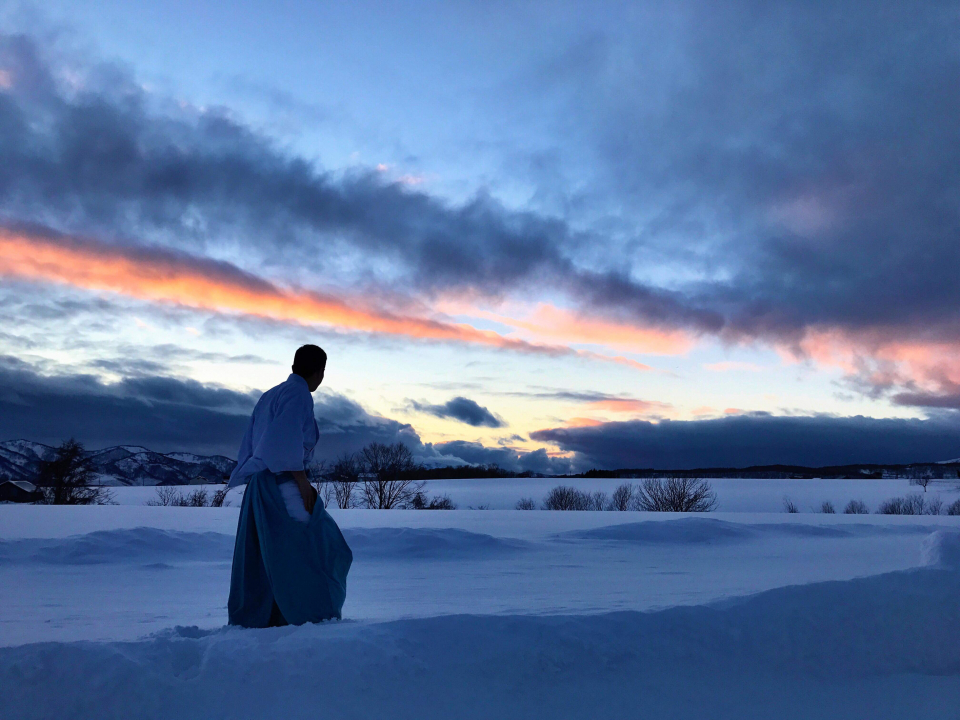