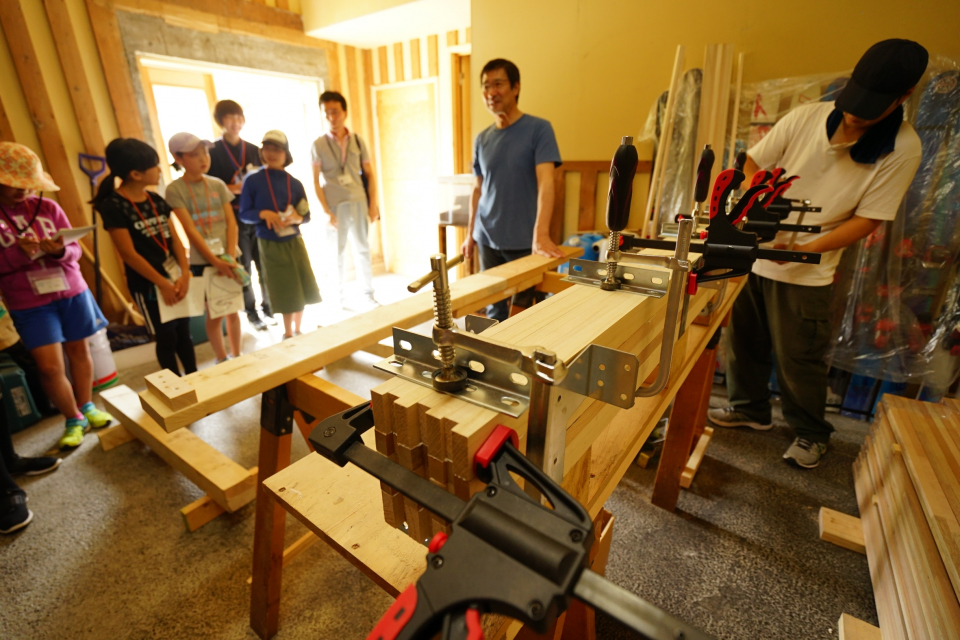 On August 10, the "elementary school student community making committee" says "I really want to tell you about Niseko! - Let's tell everyone the attraction of Niseko that I only know", Komori Co., Ltd., located in the 2 warehouse of Central Warehouse Group I visited the ski factory. Looking at the sawing process, pasting and pressing process of the ski, "It's amazing, it's like this, it's cool, can you do it if I practice?", Or even the design drawing, the students are interested Tsu, "Can you do black and pink skiing? Can you handle any size? How much is the order? How much is it?" The question began to jump out one after the other so that there was no time to breathe It was. It can be said that it is a valuable experience that the ski board production site can be seen locally as well. 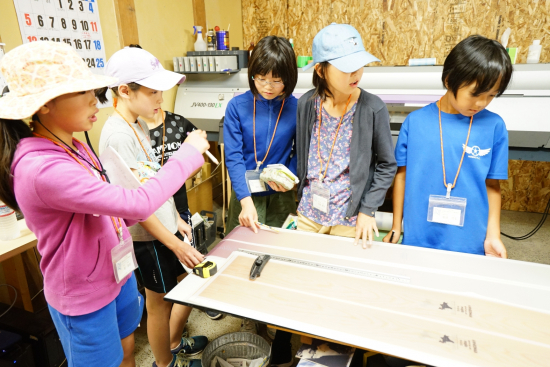 "From bankruptcy to independence" 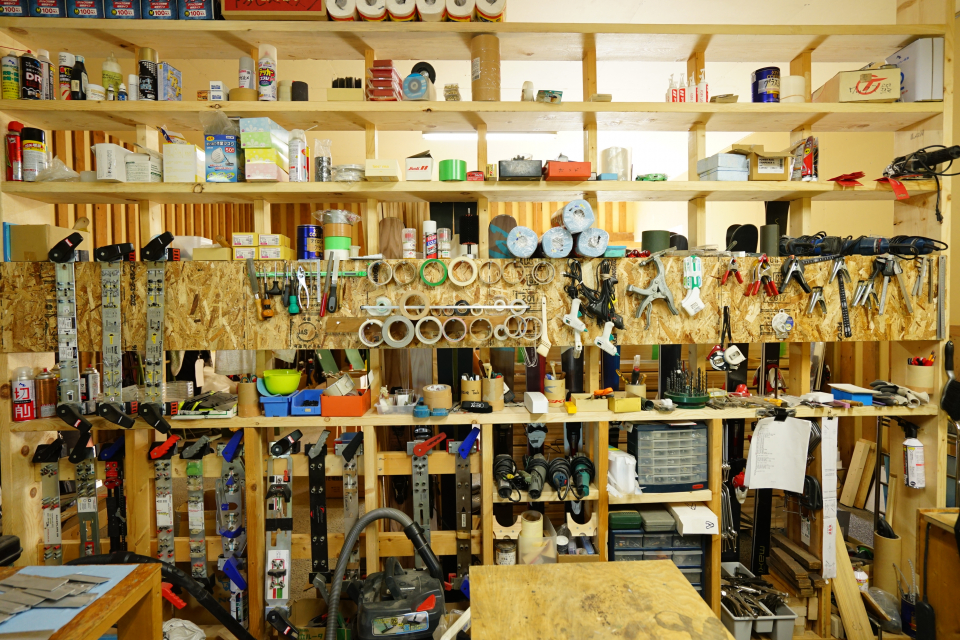 In the muggy heat, when opening the door of the Ishiro warehouse, it is cool and cool. "But in winter it's kinda awful," a bitter smile. The tools necessary for ski processing are regularly lined, so that the dry and violent sound of the sawmachine sounds to the heart.
Our president is Hideo Komori. Furano city was born. Started skiing from high school, to the ski department of Kokushikan University. After becoming a professional, he worked at becoming the best 4 at the Japan Pro ski circuit dual race. After retiring from active duty, he joined "Kazama Ski" who established a firm position as a long-established Japanese ski maker in Showa 60 years.
I was wearing skiing of my company for elementary and junior high school students to improve advertisement and ski performance, training and guiding athletes, support of the competition. After the company collapsed in 1997, he purchased the aircraft, and established "KK 's ski garage limited company" with three people.
In Kazama ski it was not a technical field, but as I was brought up with fostering players etc., I became able to understand what kind of ski is required to win. In addition, during the Kazama Ski era, I participated in the Slovenia team and the World Cup, and it is said that the trend of the skiing skills of the world is going to where, gradually it knows ski manufacturing technology. 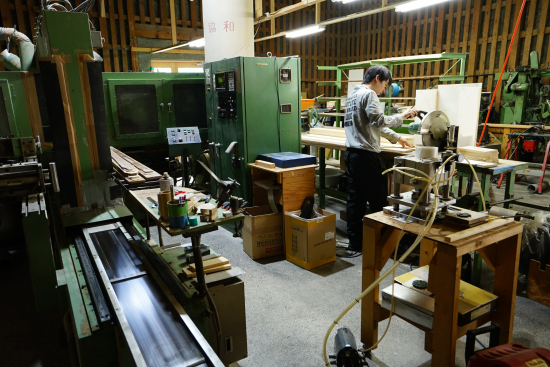 The ski market at that time was an era where it could be sold as much as you made, no matter how much you made it. It was around this time that KEI-SKI was born. The company's concept was clear. It is not that the skier adjusts to the manufacturer, but "personalized fit order production" which provides skiers with skills such as edge and ski hardness, and "do not make items to be ordered at the store". Technically I already had results, so I was confident. I was convinced that compared with Western products such as the World Cup, it was not inferior, so "we want us to use the technology cultivated in the World Cup, not mistaken for the general public" .

After that, he moved to Hokkaido in 2005 and established KEISKI (currently Hanks Co., Ltd.). The turning point came when Akiyo Shintani, the founder of Niseko Rules, was strongly encouraged to make skis in Niseko. In 2015, the company became independent as the current Komori Ski Works, and in January 2018, the company and factory equipment were relocated to Niseko Town and continue to the present. "Niseko has such a ski area, and there is an environment where skiers from all over the world come together. Making skis is very mobile from a marketing and footwork perspective. I want to do it. ”A test ride means that you can rent skis free of charge at ski resorts and factories, and just let them know about Komori skiing. 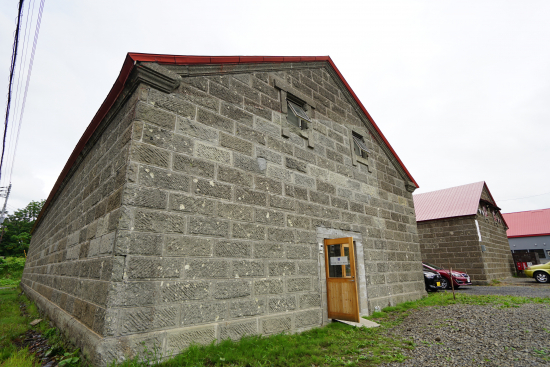 How do you grow your own brand "KOMORI"?

The current production system is high price, about 5 employees, about 800 units per year on an order basis, about 100 tune-ups per year, over-the-counter price range from 100,000 yen to 160,000 yen. We are engaged in alpine, competition, foundation, technical, all mountain, fat skiing etc, we accept orders for anything except mogul, jump and cross country. Ishii sports net brand "MOCU", major mountain ski domestic major giants "VECTOR GLIDE" and "KEI-SKI" are present, the current situation is that OEM (original equipment manufacturer, It is dependent on manufacturing). Among them, how to build our own brand "KOMORI" as a Komori ski factory is the biggest point. As long as the order company is selling, OEMs are expected to receive stable orders, but there is also a risk that orders will be greatly reduced due to the ordering side. Therefore, establishing our own brand is a key issue for the future for Komori Ski Plant.
On the other hand, it is a very difficult path to build a "net brand". "It's easy to make because it only matches the needs of the skier, but this direction is difficult for the skier to ask and what kind of ski to produce in the future." Many things such as skiing are preferred, the skiers themselves are also unknown in fact, that is, the manufacturers have to propose some direction for such skiing in the future. "This is a kind of manufacturing And it can be a very difficult choice as to whether demand will generate supply or supply will generate demand.

Is opportunity for 'domestic ski market to shrink'?

The domestic snow sports population peaked at 18 million in 1998, and even now even if skiing and snowboarding are combined, it has fallen to about 5.3 million people. (From leisure white paper) At the peak, imported ski is below 1.5 million units in Japan as a whole, currently less than 300 thousand units, and the reduced portion is not replaced by the domestic ski manufacturing industry. In the domestic ski manufacturing industry, along with the collapse of the bubble, Hagasuki and Kazamaski went bankrupt in the 1990's, after which Yamaha and Nishizawa withdrew from the ski business. Also, the customer base is also aging and the young people 's skiing has stopped stopping for a long time.
However, President Komori is bright. "The smaller the market, the better the opportunity." It's called.
What do you mean? "Imported goods are still in danger of maintenance and follow-up, while consumer psychology is changing every year and diversifying, such as what the needs of the skiers were more in their style. is." 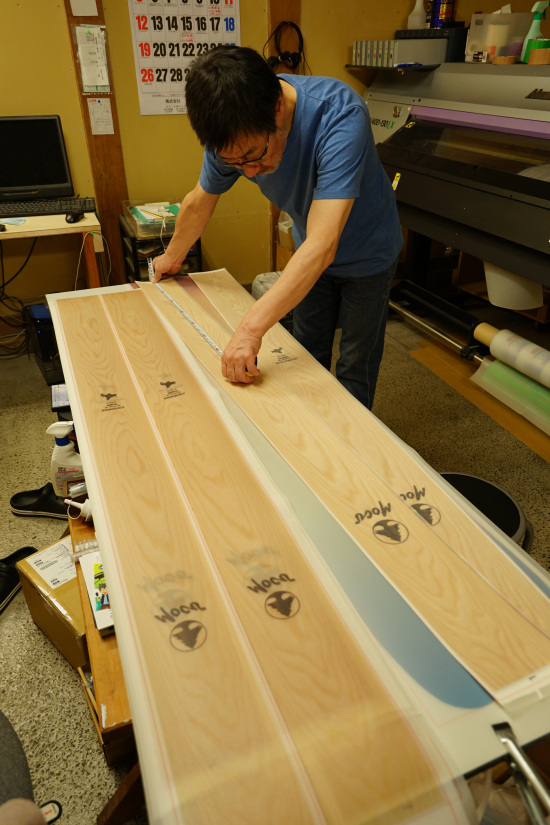 "You are the only skiboarder on your home with tax payment!" 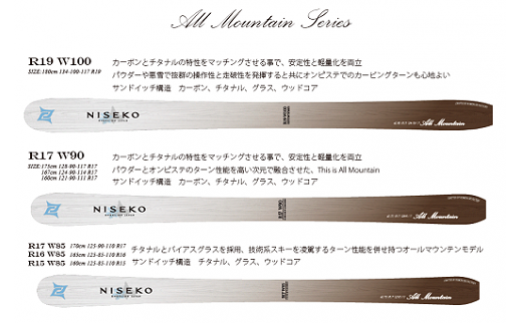 Niseko Town, the “Hometown Donation Business” has been started since 2004, and this business has been expanded since FY2018, and a donation business using Niseko Town like return goods has started. There are a lot of mountain and sea items as return goods, but I think that it is easy to imagine, but how about special skis that can not be obtained unless you donate to Niseko Town?
"I would like to work on the oldness and tax payment system in cooperation with the government office. If you don't donate it, you can only get it in Niseko Town Yes, "said Komori.
The government office also considers `` return items that can be enjoyed by coming and seeing '' combined with experience sightseeing such as rafting, etc., rather than simple `` things '' return, `` What is a Niseko Town like thanks? '' Is a policy to consider.
President Komori said, “I have just moved to Niseko Town this year, and the current situation is to establish a solid production system. In the future, I would like to cooperate with ski schools and ski resorts, as well as local clubs. I would like to support them. " The day "If you make skiing in Japan, Niseko's Komori" may be near.