Coverage: Public Relations Hearing Coordination Sakaguchi
After discovering the value of lifestyle in Niseko, Lupicia Group Chairman Mizuguchi has moved Lupicia Gurman Co., Ltd., which handles food processing, from Tokyo Daikanyama to "migrate." Furthermore, Chairman Mizuguchi himself left his home in Tokyo, and both the couple moved to Niseko Town. Niseko Town is a successful example of attracting a company that has prepared land and has led to the relocation of a subsidiary's headquarters and the relocation of a group representative. What was this driving force of Mr. Mizuguchi? We interviewed why we decided to do business here. 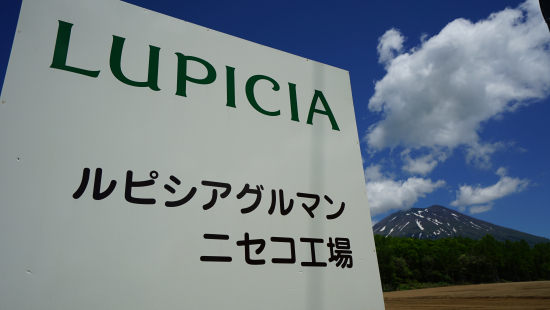 I think that "Villa rupicia" in Kutchan-cho Kabayama is well-known that it is a restaurant operated by Lupicia Co., Ltd. which is famous for tea. It started from seven years ago, and now there is a degree of recognition that the former ambassador to Japan that Kennedy came in. What kind of company is Rupicia?
With Rupiaia Holdings (group sales: 12 billion yen), we have three companies, tea manufacturing and retailing / import company, food processing company, wholesale company for corporations, with 140 stores and more than 1,300 employees, with more than 400 employees I am dealing with tea. Overseas I also have bases in Melbourne, Hawaii, Paris etc.
About 70% of the employees are female employees, it seems that the woman has a very strong voice.
We hold events called "Grand Marche" every year in multiple cities. In Sapporo this time, there were about 10,000 visitors in 3 days. In Yokohama and Osaka etc., the venue and visitors are said to be about three times as many as Sapporo. At the venue, sessions of jazz etc were also held, crowded so that the shoulder and shoulders collided with each other. Tea from around the world is displayed, it is possible to purchase after comparing drinking. Even with the same Darjeeling, there are spring picking, summer picking, autumn picking, and specialists in each corner will explain the color of black tea.
The establishment of the venue is also very unique, and ordinary partitions and electrical wiring facilities, etc. are entrusted to specialized contractors, but it seems that female employees almost equitably cooperate with facilities. 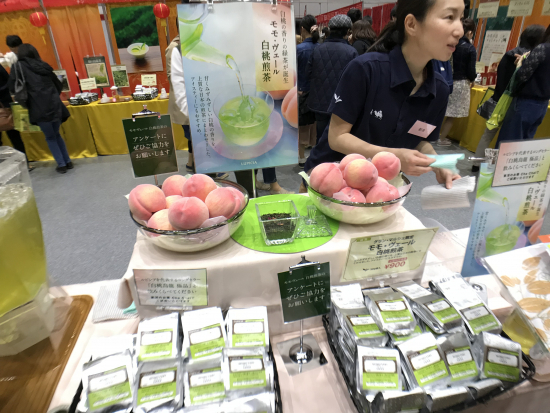 Grand Marche held at the convention center in Sapporo

What is making at the food processing factory? 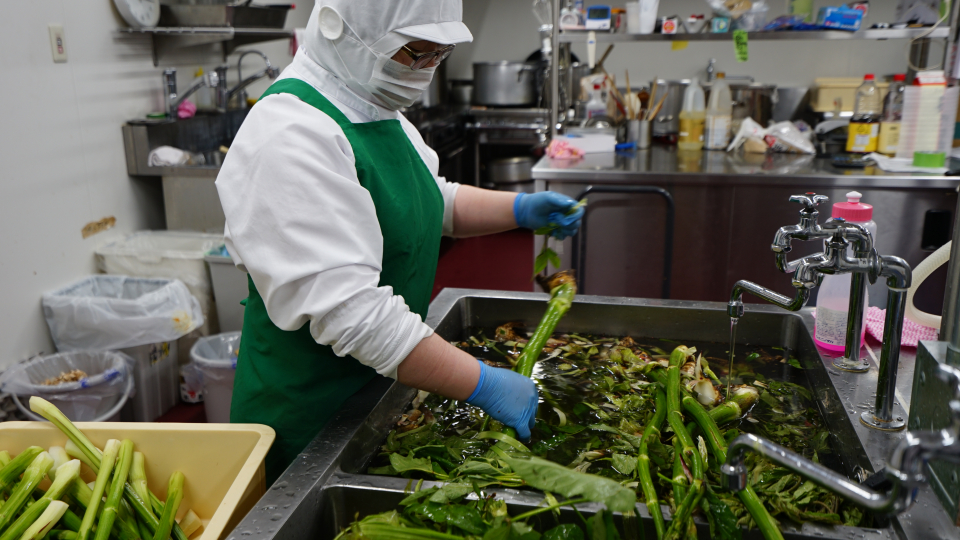 Rupicia Guriman's factory is handling "food" mainly with black tea. It is a multi-product processing factory that produces cookies, vegetables, meat, smoked products, dried fruits and the like that meet tea. We undertake the production for Villa rupiaia and an online store with 400,000 people. 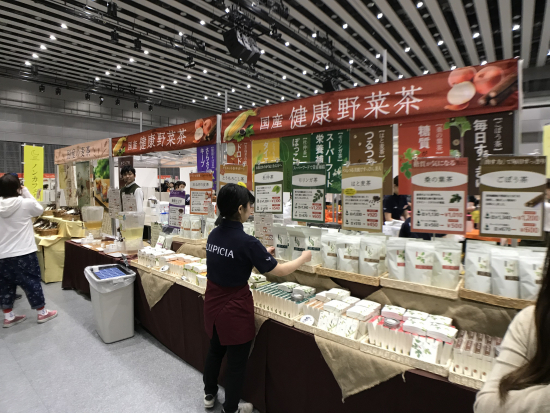 "I have been coming to Niseko since ten years ago, of which foreigners came a lot and the appearance of the town has gradually changed.The internationalization has progressed and it is no ordinary countryside.In addition, As the information infrastructure speeds up, I can do video conference anywhere in the world, I no longer ask the place, low cost airplanes such as low-cost carriers also flew frequently and traveling costs have been considerably cheaper In this way, there is no longer a reason why you can not do business unless you live in a city.

Ideas do not get caught in cities without four seasons

"Since human beings were born, I have lived in nature like Niseko all the time.It was recently that humans began to live in cities, it is recently that living in cities is rather unnatural So I think that human DNA is suitable for living like Niseko and if you live in Tokyo without four seasons, I can not think freely and I do not think any good ideas will come out. " 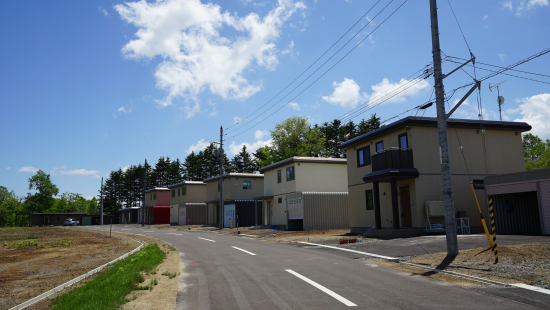 Employee company house is set up behind the factory 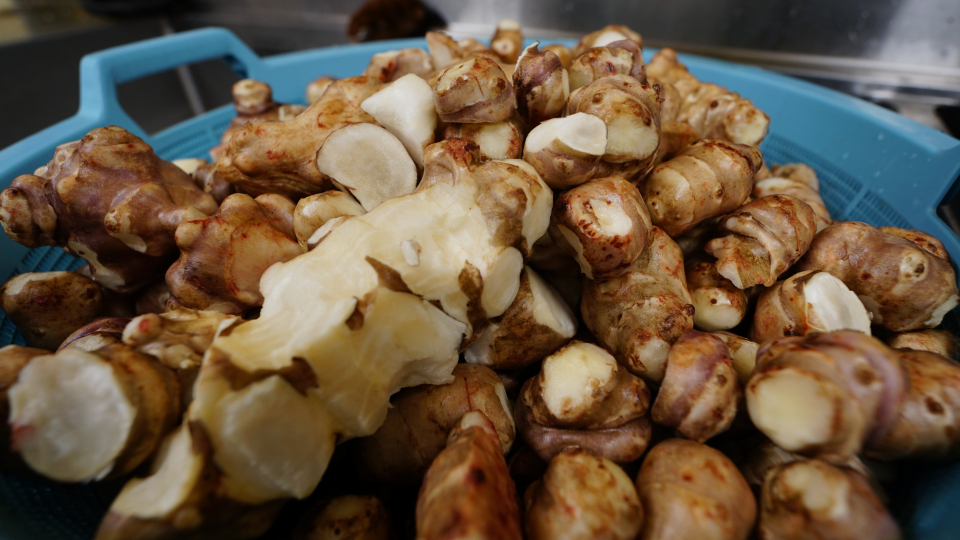 We are planning a beer factory and vegetable tea factory on the current site. Vegetable tea is, for example, dried and roasted burdock, corn, onion skin, moringa and tartary buckwheat from Okinawa. The market in this field is rapidly expanding. We are focusing on "Kikuimo", which was never seen in Niseko Town, and are taking on the challenge of commercializing it. Already Niseko Town to farmers 2 units and the total amount of the purchase contract in, we embarked on cultivation. ("Kikuimo" has long been called "pork potato" in Niseko Town and has been hated by farmers as "weed" that has a strong fertility.) 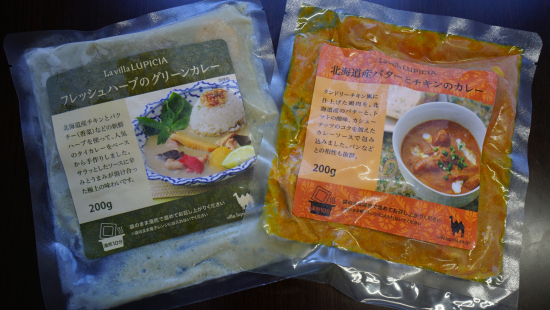 Black curry that everyone is familiar with. President Mizushige falls in love with the deep flavor that has been loved for 28 years, commercializing the taste of the shop as it is. Published in our monthly magazine and sent to 400,000 people online members, the stock is gone quickly, the popularity is so big that production can not catch up. To avoid impairing the taste, dare to avoid retorting, "being a frozen flight" is also a secret.
"I thought it was really appreciated when I asked Mizuguchi to commercialize Nupuri's curry in Rupiah," said Ms. Matsuda Yuko who runs tea ceremony. "I handed the curry recipe to Rupia's chef and on the way I also made a product while tasting a few times.So I made it with very much time and effort to make it sweet when I ate it It is made by stir-frying the onion carefully and I think that the finished product is more delicious than the curry at the store. "
"Mizoguchi is truly a strong-minded person to Niseko, it really shows that I like Niseko, the president has the desire to continue to disseminate various things from Niseko, but I I agree with that, I would like to help more and more as I can. "
Mizushiguchi is motivated to continue to communicate with companies and shops in town. It goes without saying that such efforts will have a positive economic effect for the city as well. To the new destination of Niseko Town(the highlight of sightseeing)

Mr. Mizuguchi hopes to eventually leave the factories in Utsunomiya and Shiga and move the headquarters in Tokyo Daikanyama to Niseko Town. Many issues remain, such as development that does not impair the landscape, infrastructure issues such as water and sewage systems, and securing of employees.However, a business utilizing local agricultural products such as a vegetable tea factory, and joint development of local products with `` Chabo Nupuri '' -I think that it will contribute to the local economy of Niseko Town, such as commercialization. Beer is not only a factory, but if it becomes a "show factory" where you can eat and drink, it is likely to become a destination of Niseko Town in the future, but how will you think? Do you?