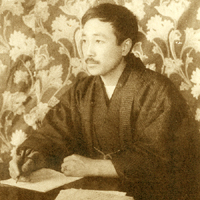 In order to promote the development of Hokkaido, the "Hokkaido National Landfill Law" was enacted in 1897 (Meiji 30), encouraging the settlement of the state-owned greenlands. The relationship between the Arishima family and Niseko begins when Takeo Arishima's father, Takeshi, applied for a loan in the Macaribetsu Wilderness (now Niseko Town) in 1898 (Meiji 31). Once returned for various reasons, the following year he reapplied in the name of his son-in-law, Naoyoshi Yamamoto, and received a loan permit. Since then, the number of settlers has increased due to the opening of railways, etc., and clearing has progressed rapidly. In 1908 (Meiji 41), Yamamoto Farm was renamed Takero. The following year, the farm passed the inspection and the whole area was granted by the Hokkaido Government free of charge. In 1914 (Taisho 3), the former Samura Farm was acquired and became the second farm. Takeo doubted the existence of a farm from his thoughts, and in 1922 (Taisho 11) after his father died, declared that he would free the farm to be shared by all tenants. That was the year before Takero died.
In 1924 (Taisho 13th), a limited liability Kanta symbiosis farming credit use union was established and farmed by the spirit of "mutual aid" desired by Takeo. However, in 1949 (Showa 24), the farmland was subject to agricultural land reform by the occupation forces, the farm group broke down, and the farmland became private property according to their ownership. Later, in order to reward the old-fashioned owner's estate, "Arishima thanks party" was established and preserved and exhibited the materials of Takeo and former farm in the former farm office. However, in May 1957, this memorial hall was burned down with the former farm office due to a fire caused by a misfire. Fortunately most of the collections were safely taken out, and in July 1963 (July 1963), the Ariyoshi Arikan Kai got together and the rebuilding campaign occurred. By the donation, the first floor was brick, the second floor was wooden 2 The floor-built Arishima Memorial Museum was rebuilt. Eventually, as a result of administrative problems and the aging of the hall, a new memorial hall will be built by the town in commemoration of the hundred years of Tsuro Arishima's birthday, and the collection of the material of the farm data preserved by the Arijima Gratitude Group It was deposited at the new memorial hall of the town construction, and in April 1978 (1978), the Arishima Memorial Museum was established inheriting the materials.
Niseko has also appeared in Takeo's work. The novel, The Descendants of Cain, is a work set in Karita (currently Niseko Town) depicting a farmer who cannot live in harmony with nature and society and lives instinctively in the wild. This work was evaluated as an authentic real-life novel, and Takero's position in the literary arts was established. In addition, it is the stage of a novel "Birthless Trouble", modeled on Kinjiro Kida, and a short novel "Parent-Child" depicting the conflict between father and son over farming.