Recently, Tensho-kun Katsuno (resident of Niseko Town) visited the mayor's office to report after finishing the FWT (Freeride World Tour) tournament in Europe for about one month. The FWT tournament is the world's No. 1 freeride tour that slides on pristine terrain and competes for technique and style.

This spring, Katsuno just graduated from high school. The year of the challenge began with the aim of becoming a professional skier.
Katsuno-kun's future activity is expected to be more and more. 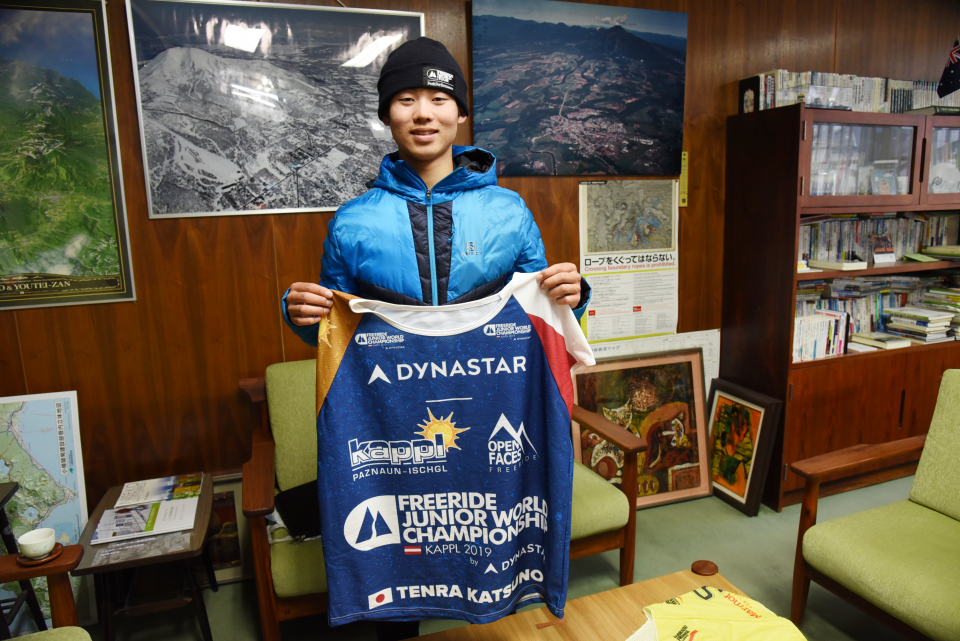