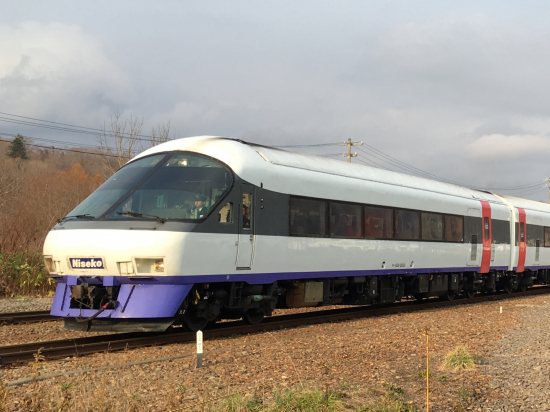 "Niseko Express" which appeared in 1998 for ski shipping to the Niseko area.
That smart and speedy appearance took the limelight at the time.
It was the same car that had been active in Niseko area and New Chitose Airport in winter season and all over the whole area at other times, but in 2017 it became scrapped because of aging.
As a vehicle that contributed to the promotion of tourism at Niseko Town, as well as a vehicle that incorporates various innovations and has a name in the history of railways in Hokkaido, a project that you want to save at Niseko Town, which has a deep connection, It was launched.


We will utilize cloud funding to recruit expenses required for returning to the village.
Cloud Funding is a project for people who agree with the project to donate through the project site.
If you achieve the target amount, the project will be implemented, but if it is not achieved it will be refunded. We also have various gift items.